How to visit Italy... without getting screwed Giglio Reduzzi
0 0 0

How to visit Italy... without getting screwed / Giglio Reduzzi ; with Tony and Janice Sampson

How to visit Italy... without getting screwed - Copie 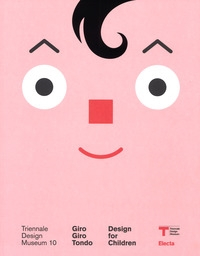 Abstract: Russian tourists in Italy play an increasingly significant role as a new international segment in the Italian tourist market, in particular, given their considerable spending power and high level of satisfaction with Italy. This collection of studies on Russian tourism in Italy is of undoubted interest because it is the first Italian scientific volume that provides as complete a vision as possible of this interesting phenomenon. In particular, the volume takes into consideration various aspects of Russian tourism in Italy from different points of views, with special reference to: dimensions and characteristics of tourist flow; tourism dynamics and outliers; forecasting as a means to update data; Russian opinions about Italy and Italian opinions about Russian tourists; and, tourist spending. The data cover the period before 2015 for two reasons: first, because official statistics are generally published after a considerable delay, and second, we decided to assess the situation on Russian tourism in Italy before the 2015 debacle. In that year, the flow of Russian tourists was deeply affected by the crisis Russia went through both economically and politically with the fall of the rouble, the persistent drop in oil and gas prices, the conflict with the Ukraine, and the consequent international sanctions. However, it is too soon to say if a new trend of Russian tourism in Italy has started, a phase in which a sharp decline replaces the previous strong growth. Certainly, what has happened is further proof that economic and political instability leads to a sharp fall in tourist demand that disrupts the preceding growth. In conclusion, what emerges from the studies in this volume is that, in the different contexts and points of view considered, Russian tourism is important to Italy and deserves increased attention. Therefore, it is to be hoped that this tourist segment can overcome the severe crisis it faced in 2015 and return to the sustained growth of the past. Abstract: Offering queer analyses of paintings by Caravaggio and Puccini and films by Ozpetek, Amelio, and Grimaldi, John Champagne argues that Italian masculinity has often been articulated through melodrama. Reading the melodramatic sensibility across three different periods in Italian history and three different media, this book sheds light on Italy's contribution to the development of the melodramatic sensibility. Wide in scope and multidisciplinary in approach, this much-needed study shows the vital role of affect for both Italian history and masculinity studies The path of humility - Copie

Abstract: The Path of Humility: Caravaggio and Carlo Borromeo establishes a fundamental relationship between the Franciscan humility of Archbishop of Milan Carlo Borromeo and the Roman sacred works of Caravaggio. This is the first book to consider and focus entirely upon these two seemingly anomalous personalities of the Counter-Reformation. The import of Caravaggio's Lombard artistic heritage has long been seen as pivotal to the development of his sacred style, but it was not his only source of inspiration. This book seeks to enlarge the discourse surrounding Caravaggio's style by placing him firmly in the environment of Borromean Milan, a city whose urban fabric was transformed into a metaphorical Via Crucis. This book departs from the prevailing preoccupation - the artist's experience in Rome as fundamental to his formulation of sacred style - and toward his formative years in Borromeo's Milan, where humility reigned supreme. This book is intended for a broad, yet specialized readership interested in Counter-Reformation art and devotion. It serves as a critical text for undergraduate and graduate art history courses on Baroque art, Caravaggio, and Counter-Reformation art