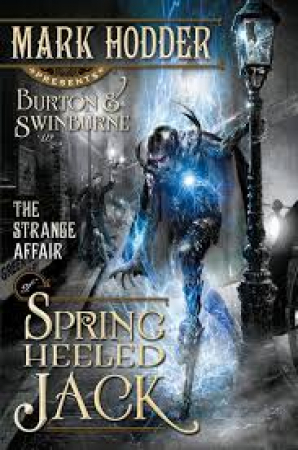 Abstract: It is 1861, and Albertian Britain is in the grip of conflicting forces. Engineers transform the landscape with bigger, faster, noisier and dirtier technological wonders; Eugenicists develop specialist animals to provide unpaid labour; Libertines oppose restrictive and unjust laws and flood the country with propaganda demanding a society based on beauty and creativity; while The Rakes push the boundaries of human behaviour to the limits with magic, sexuality, drugs and anarchy. Returning from his failed expedition to find the source of the Nile, explorer, linguist, scholar and swordsman Sir Richard Francis Burton finds himself sucked into the perilous depths of this moral and ethical vacuum when the Prime Minister, Lord Palmerston, employs him as 'King's Spy'. His first mission: to investigate the sexual assaults committed by a weird apparition known as Spring Heeled Jack; to find out why chimney sweeps are being kidnapped by half-man, half-dog creatures; and to discover the whereabouts of his badly injured former friend, John Hanning Speke. Accompanied by the diminutive and pain-loving poet, Algernon Swinburne, Burton's investigations lead him back to one of the defining events of the age: the brutal assassination of Queen Victoria in 1840; and the terrifying possibility that the world he inhabits shouldn't exist at all.

How enemies become friends : the sources of stable peace / Charles A. Kupchan

Abstract: Is the world destined to suffer endless cycles of conflict and war? Can rival nations become partners and establish a lasting and stable peace? "How Enemies Become Friends" provides a bold and innovative account of how nations escape geopolitical competition and replace hostility with friendship. Through compelling analysis and rich historical examples that span the globe and range from the thirteenth century through the present, foreign policy expert Charles Kupchan explores how adversaries can transform enmity into amity - and he exposes prevalent myths about the causes of peace. Kupchan contends that diplomatic engagement with rivals, far from being appeasement, is critical to rapprochement between adversaries. Diplomacy, not economic interdependence, is the currency of peace; concessions and strategic accommodation promote the mutual trust needed to build an international society. The nature of regimes matters much less than commonly thought: countries, including the United States, should deal with other states based on their foreign policy behavior rather than on whether they are democracies. Kupchan demonstrates that similar social orders, and similar ethnicities, races, or religions help nations achieve stable peace. He considers many historical successes and failures, including the onset of friendship between the United States and Great Britain in the early twentieth century, the Concert of Europe, which preserved peace after 1815 but collapsed following revolutions in 1848, and the remarkably close partnership of the Soviet Union and China in the 1950s, which descended into open rivalry by the 1960s. In a world where conflict among nations seems inescapable, How Enemies Become Friends offers critical insights for building lasting peace.

Children of the Gulag Cathy A. Frierson and Semyon S. Vilensky
0 0 0

Children of the Gulag / Cathy A. Frierson and Semyon S. Vilensky

Children of the Gulag - Copie 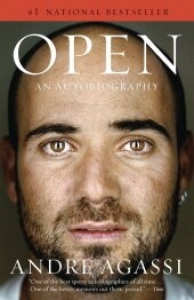 Abstract: Teri and Phil, a couple living in a world where mortals and gods coexist, have never felt the need for a personal god, but a series of misfortunes leads them to Pantheon.com where they find Luka, the raccoon god of prosperity, who takes his good luck with him when he learns Teri and Phil do not want him to move in with them.

HBRʼs 10 must reads on managing yourself

HBRʼs 10 must reads on managing yourself - Copie

The reversal by Michael Connelly
0 0 0

The reversal / by Michael Connelly

Abstract: After 24 years in prison, convicted killer Jason Jessup has been exonerated by new DNA evidence. Longtime defense attorney Mickey Haller is convinced Jessup is guilty, and he takes the case on the condition that he gets to choose his investigator, LAPD Detective Harry Bosch. Together, Bosch and Haller set off on a case fraught with political and personal danger. Opposing them is Jessup, now out on bail, a defense attorney who excels at manipulating the media, and a runaway eyewitness reluctant to testify after so many years. Abstract: A searing exploration of the mysterious conjunction of erotic romance and tragic violence in late-twentieth-century America, Little Bird of Heaven returns to the emotional and geographical terrain of acclaimed author Joyce Carol Oates's previous bestsellers We Were the Mulvaneys and The Gravedigger's Daughter. When young wife and mother Zoe Kruller is found brutally murdered, the police target two suspects: her estranged husband, Delray Kruller, and her longtime lover, Eddy Diehl. In turn, the Krullers' son, Aaron, and Diehl's daughter, Krista, become obsessed with each other, each believing the other's father guilty. By novel's end, the fated lovers are at last ready to exorcise the ghosts of the past and come to terms with their legacy of guilt, misplaced love, and redemptive yearning. Told in halves in the very different voices of Krista and Aaron, Little Bird of Heaven is classic Oates—where the lyricism of intense sexual love is intertwined with the anguish of loss, and tenderness is barely distinguishable from cruelty. Abstract: Replete with the emotional intensity and pathos for which Joyce Carol Oates is lauded, these fourteen stories explore the intimate lives of contemporary American families: the tangled relationship between generations, the desperation of loving more than one is loved in return.

Abstract: A tale of the Wars of the Roses follows Elizabeth Woodville, who ascends to royalty and fights for the well-being of her family, including two sons whose imprisonment in the Tower of London precedes a devastating unsolved mystery Abstract: What does history look like? How do you draw time? Cartographies of Time is the first history of the timeline, written engagingly and with incredible visuals. The authors, both accomplished writers and historians, sketch the shifting field of graphic representations of history from the beginning of the print age through the present. They shed light on western views of history and on the complex relationship between general ideas about the course of events and the technical efforts to record and connect dates and names in the past. In addition to telling a rich, forgotten story, this book serves as a kind of grammar of historical representation, uncovering the ways in which time has been structured in thought and in images, in the Western tradition. Written for both the academically curious and the general reader, Cartographies of Time provides a set of tools for understanding the evolution and the significance of graphic representations of time both in history and in contemporary culture. Abstract: Betrayed by the ruling families of Italy, Ezio vows to exact his revenge and restore his family's honor by using the skills he has learned from such great minds as Da Vinci and Macchiavelli to become a righteous assassin. Abstract: This follow-up to the best-selling Doodle Stitching offers fans expanded and updated basics, 400+ easy embroidery motifs on the page and on a CD sealed in the back of the book, 17 projects, and lots of added inspiration. More than a dozen categories include Alphabet, Asian Chic, Baby, Celebrations, Embellishments, Fruits & Veggies, Space, Trees, Flowers, Winged Wonders, and Woodland Creatures-and each section includes one motif stitched by the author. The moment of Caravaggio Michael Fried
0 0 0

The moment of Caravaggio / Michael Fried

The moment of Caravaggio - Copie

Abstract: This is an examination of one of the most important artists in the Western tradition by one of the leading art historians and critics of the past half-century. In his first extended consideration of the Italian Baroque painter Michelangelo Merisi da Caravaggio (1571-1610), Michael Fried offers a transformative account of the artist's revolutionary achievement. Based on the A.W. Mellon Lectures in the Fine Arts delivered at the National Gallery of Art, this book displays Fried's unique combination of interpretive brilliance, historical seriousness, and theoretical sophistication, providing sustained and unexpected readings of a wide range of major works. The result is an electrifying new perspective on a crucial episode in the history of European painting