Unsolved! : the history and mystery of the world's greatest ciphers from ancient Egypt to online secret societies / Craig P. Bauer

Abstract: In 1953, a man was found dead from cyanide poisoning near the Philadelphia airport with a picture of a Nazi aircraft in his wallet. Taped to his abdomen was an enciphered message. In 1912, a book dealer named Wilfrid Voynich came into possession of an illuminated cipher manuscript once belonging to Emperor Rudolf II, who was obsessed with alchemy and the occult. Wartime codebreakers tried--and failed--to unlock the book's secrets, and it remains an enigma to this day. In this lively and entertaining book, Craig Bauer examines these and other vexing ciphers yet to be cracked. Some may reveal the identity of a spy or serial killer, provide the location of buried treasure, or expose a secret society--while others may be elaborate hoaxes. Unsolved! begins by explaining the basics of cryptology, and then explores the history behind an array of unsolved ciphers. It looks at ancient ciphers, ciphers created by artists and composers, ciphers left by killers and victims, Cold War ciphers, and many others. Some are infamous, like the ciphers in the Zodiac letters, while others were created purely as intellectual challenges by figures such as Nobel Prize-winning physicist Richard P. Feynman. Bauer lays out the evidence surrounding each cipher, describes the efforts of geniuses and eccentrics--in some cases both--to decipher it, and invites readers to try their hand at puzzles that have stymied so many others. Unsolved! takes readers from the ancient world to the digital age, providing an amazing tour of many of history's greatest unsolved ciphers" Wild things : the joy of reading children's literature as an adult / Bruce Handy

Abstract: An irresistible, nostalgic, and insightful--and totally original--ramble through classic children's literature from Vanity Fair contributing editor (and father) Bruce Handy. In 1690, the dour New England Primer, thought to be the first American children's book, was published in Boston. Offering children gems of advice such as "Strive to learn" and "Be not a dunce," it was no fun at all. So how did we get from there to "Let the wild rumpus start"? And now that we're living in a golden age of children's literature, what can adults get out of reading Where the Wild Things Are and Goodnight Moon, or Charlotte's Web and Little House on the Prairie? In Wild Things, Vanity Fair contributing editor Bruce Handy revisits the classics of every American childhood, from fairy tales to The Very Hungry Caterpillar, and explores the back stories of their creators, using context and biography to understand how some of the most insightful, creative, and witty authors and illustrators of their times created their often deeply personal masterpieces. Along the way, Handy learns what The Cat in the Hat says about anarchy and absentee parenting, which themes are shared by The Runaway Bunny and Portnoy's Complaint, and why Ramona Quimby is as true an American icon as Tom Sawyer or Jay Gatsby. It's a profound, eye-opening experience to reencounter books that you once treasured after decades apart. A clear-eyed love letter to the greatest children's books and authors from Louisa May Alcott and L. Frank Baum to Eric Carle, Dr. Seuss, Mildred D. Taylor, and E.B. White, Wild Things will bring back fond memories for readers of all ages, along with a few surprises"-- Provided by publisher. Abstract: He walked on the Moon. He flew six space missions in three different programs--more than any other human. He served with NASA for more than four decades. His peers called him the ""astronaut's astronaut."" Enthusiasts of space exploration have long waited for John Young to tell the story of his two Gemini flights, his two Apollo missions, the first-ever Space Shuttle flight, and the first Spacelab mission. Forever Young delivers all that and more: Young's personal journey from engineering graduate to fighter pilot, to test pilot, to astronaut, to high NASA official, to clear-headed predictor of the fate of Planet Earth. Young, with the assistance of internationally distinguished aerospace historian James Hansen, recounts the great episodes of his amazing flying career in fascinating detail and with wry humor. He portrays astronauts as ordinary human beings and NASA as an institution with the same ups and downs as other major bureaucracies. He frankly discusses the risks of space travel, including what went wrong with the Challenger and Columbia shuttles. Forever Young is one of the last memoirs produced by an early American astronaut. It is the first memoir written by a chief of the NASA astronaut corps. Young's experiences and candor make this book indispensable to everyone interested in the U.S. space program. 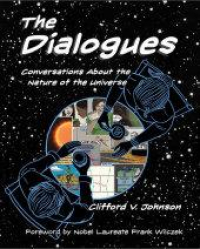 The dialogues : conversations about the nature of the universe / Clifford V. Johnson

Abstract: A series of conversations about science in graphic form, on subjects that range from the science of cooking to the multiverse. Physicist Clifford Johnson thinks that we should have more conversations about science. Science should be on our daily conversation menu, along with topics like politics, books, sports, or the latest prestige cable drama. Conversations about science, he tells us, shouldn't be left to the experts. In The Dialogues, Johnson invites us to eavesdrop on a series of nine conversations, in graphic-novel form―written and drawn by Johnson―about “the nature of the universe.” The conversations take place all over the world, in museums, on trains, in restaurants, in what may or may not be Freud's favorite coffeehouse. The conversationalists are men, women, children, experts, and amateur science buffs. The topics of their conversations range from the science of cooking to the multiverse and string theory. The graphic form is especially suited for physics; one drawing can show what it would take many words to explain. In the first conversation, a couple meets at a costume party; they speculate about a scientist with superhero powers who doesn't use them to fight crime but to do more science, and they discuss what it means to have a “beautiful equation” in science. Their conversation spills into another chapter (“Hold on, you haven't told me about light yet”), and in a third chapter they exchange phone numbers. Another couple meets on a train and discusses immortality, time, black holes, and religion. A brother and sister experiment with a grain of rice. Two women sit in a sunny courtyard and discuss the multiverse, quantum gravity, and the anthropic principle. After reading these conversations, we are ready to start our own. Age of bronze : the story of the Trojan war. Vol. 1: A thousand ships / Eric Shanower ; color by John Dallaire ; introduction by Tom Beasley A year of embroidery Yumiko Higuchi
0 0 0

A year of embroidery : a month-to-month collection of motifs for seasonal stitching / Yumiko Higuchi

A year of embroidery - Copie Abstract: Celebrate the seasons with this sweet collection of folk-inspired projects using wool applique and embroidery. Featuring the author's signature sheep and floral motifs, these 11 small, charming projects made with easy fusible applique will appeal to quilters, needlework enthusiasts, craft sewists, and more! Relax as you hand stitch these folksy, portable cushions and table runners with needle and thread. The mix of wool and cotton is fun to stitch, display and gift The mirror visitor. 2: The missing of Clairdelune Christelle Dabos
0 0 0

The mirror visitor. 2: The missing of Clairdelune / Christelle Dabos ; translated from the french by Hildegarde Serle

The mirror visitor. 2: The missing of Clairdelune - Copie Abstract: Learn how to translate your own reference images or sketches into foundation paper piecing patterns. A cottage garden : stitch and enjoy a bounty of beautiful blossoms / Kathy Cardiff

Abstract: When an avid gardener and seasoned quilt and stitchery designer combines her two passions, magic sprouts! Using a mix of wool and cotton as her medium and flowers as her muse, Kathy Cardiff brings her blossoming backyard garden to life in projects that blend elegant beauty with a touch of primitive charm. Projects from pillows and sewing notions to table toppers and wall quilts culminate in a stunning nine-block sampler quilt bursting with blooms. Add basic embroidery-stitch details to give each flower, leaf, and vine Kathy's special brand of cottage style. Full-sized pullout patterns included. 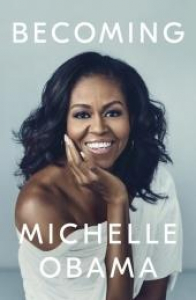 Abstract: Botanical illustration - the complete guide explains the processes and methods behind this beautiful art genre. It highlights the importance of the requisite skills of close observation, accurate drawing and attention to detail. Leigh Ann Gale is a leading botanical artist and tutor, and she generously demonstrates her approach in this book. Her worked example of fuchsia magellanica illustrates the varied stages of an illustration. Along with step-by-step instructions to a range of subjects, this book is beautifully illustrated with over 350 images, diagrams and paintings of her and her students' work. This book is a source of inspiration as well as a definitive guide

Abstract: Polidoro da Caravaggio (c. 1500-1543), one of Raphael's most influential and distinctive followers, has not been well treated by time. His significant early frescoes, which graced exterior palace facades in Rome, have perished almost without exception. A rare few are preserved but most are known only in copies. Consequently, the originality of Polidoro's public work has been little explored, despite his once famous reputation and the association of his name with Raphael and Michelangelo. His move to Sicily later in life, a region with few surviving primary sources, further complicates the study of his work. Extant pieces by the artist from this period are unusually severe in content and technique, and their attribution has often been controversial. In this first account in English, Polidoro's radical Sicilian paintings are considered through the lens of the religious life of the era and in relation to his early secular work. This much-needed investigation establishes Polidoro's proper place in the canon of art history. Abstract: A stunning bespoke gift package featuring an iconic design from the prize-winning artist, Noma Bar, eye-catching sprayed edges and ribbon. The perfect present for those who like their beauty with a bit of bite. The Republic of Gilead offers Offred only one function: to breed. If she deviates, she will, like dissenters, be hanged at the wall or sent out to die slowly of radiation sickness. But even a repressive state cannot obliterate desire - neither Offred's nor that of the two men on which her future hangs. Brilliantly conceived and executed, this powerful evocation of twenty-first century America gives full rein to Margaret Atwood's devastating irony, wit and astute perception.