Abstract: Dr. David Hunter should be in London with the woman he loves and a past he can't quite shake off. Instead, as a favor to a beleaguered cop, Hunter travels to a remote island in the Outer Hebrides to inspect a baffling set of remains. A forensic anthropologist, he has seen bodies destroyed by all forms of violence, but even he is surprised at what he finds: human remains burned beyond recognition -- all within the confines of an otherwise undamaged, unoccupied cottage. Local police want to rule the death accidental. But Hunter's examination of the victim's charred skull tells him that this woman, no doubt a stranger to the close-knit island of Runa, was murdered by someone nearby. Within days, two more people are dead by fire. Hunter's job is to coax the dead into telling their stories -- but now that he's beginning to hear them, he is staggered by the truth. Working with only the barest of clues, he peels back the layers of mysteries past and present, exposing the tangle of secrets at the heart of this strange community -- from the deceptions of a wealthy couple to the bitterness of an ex-cop and the secrets of a lonely single mother -- as a tale of rage and perversion comes full circle ... then explodes in a series of violent acts and shocking twists 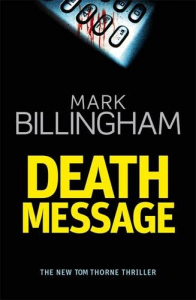 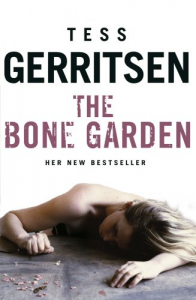 Abstract: The discovery of the skeleton of a woman murdered two centuries earlier sends medical examiner Maura Isles on the trail of a long-dead serial killer who terrorized Boston with crimes in which Norris Marshall, a Harvard Medical School student, had become the prime suspect

Abstract: Lucas Davenport returns in this 18th instalment of the bestselling PREY series