The wind-up bird chronicle / Haruki Murakami ; translated from the Japanese by Jay Rubin

Abstract: As this compelling story unfolds, the tidy suburban realities of Okada's vague and blameless life, spent cooking, reading, listening to jazz and opera and drinking beer at the kitchen table, are turned inside out, and he embarks on a bizarre journey, guided (however obscurely) by a succession of characters, each with a tale to tell Can you keep a secret? Sophie Kinsella
0 0 0

Can you keep a secret? / Sophie Kinsella

Can you keep a secret? - Copie Abstract: Spike Milligan was a genius of British comedy. For five decades he was to be one of this country's most influential comics and inspire enormous affection in his many listeners, viewers and readers. In this first major biography since Milligan's death in 2002, Humphrey Carpenter draws on Spike's writings and those closest to him to chart the life of this most complex man. He uncovers a personality which could be as difficult, contradictory and misanthropic as it was passionate, sensitive and inspired. Carpenter traces the roots of Milligan's manic depression to his war experiences in early adulthood. He brings to life the era of the 50s which gave rise to The Goons and, with the help of letters from Spike to his producers, follows his endlessly stormy relationship with the BBC. 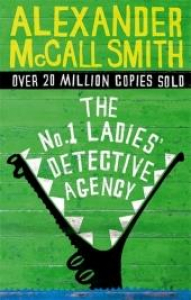 The No. 1 ladies' detective agency - Copie Abstract: Youth's narrator, a student in 1950s South Africa, has long been plotting an escape from his native country. Studying mathematics, reading poetry, saving money, he tries to ensure that when he arrives in the real world he will be prepared to experience life to its full intensity, and transform it into art Tess of the D'Urbervilles Thomas Hardy
0 0 0

Tess of the D'Urbervilles / Thomas Hardy ; edited with by Tim Dolin ; with an introduction by Margaret R. Higonnet

Tess of the D'Urbervilles - Copie Abstract: Award-winning author George gives readers an early glimpse into the lives of Detective Inspector Thomas Lynley, forensic scientist Simon Allcourt-St. James, and Lady Helen Clyde in a superlative mystery that is also a fascinating inquiry into the crimes of the heart.

The count of Monte Cristo / Alexandre Dumas (père) ; translated and with an introduction and notes by Robin Buss

The count of Monte Cristo - Copie

Abstract: Thrown in prison for a crime he has not committed Edmond Dantes spends fourteen bitter years imprisoned in grim fortress of If. There he learns of a great hoard of treasure hidden on Isle of Monte Cristo and becomes determined not only to escape, but also to unearth treasure and use it to plot destruction of men responsive for his incarceration.