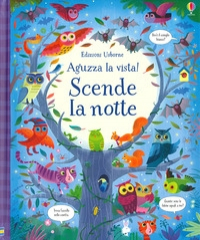 Abstract: This guidebook presents a cycle ride along the Canal de la Garonne in the south of France. The 290km route is covered in 7 stages from bustling Bordeaux to the splendid rose city of Toulouse, with a 135km excursion from to Lacanau on the Atlantic coast. Optional side trips explore the countryside and historical towns and villages, including Agen, Moissac, Marmande and Montauban. Mainly flat and easy cycling, including 193km along the main canal towpath, this is an easy route suitable for lone cyclists, families, groups and those using e-bikes. It is perfect for those planning a cycling holiday, and for people boating on the canal or holidaying nearby who want to get out and explore. A detailed route description is accompanied by 1:50,000 maps, with fascinating information about the places encountered along the route and notes on the region's history and the building of the canal. The guidebook also contains practical information on travel, choosing the right bike and equipment, facilities and cycle shops Abstract: Books: reading, collecting, and the physical housing of them has brought the book-lover joy and stress for centuries. Fascinated writers have tried to capture the particular relationships we form with our library, and the desperate troubles we will undergo to preserve it. With Alex Johnson as your guide, immerse yourself in this eclectic anthology and hear from an iconic Prime Minister musing over the best way to store your books and an illustrious US President explaining the best works to read outdoors. Enjoy serious speculations on the psychological implications of reading from a 19th-century philosopher, and less serious ones concerning the predicament of dispensing with unwanted volumes or the danger of letting children (the enemies of books) near your collection. The many facets of book-mania are pondered and celebrated with both sincerity and irreverence in this lively selection of essays, poems, lectures, and commentaries ranging from the 16th to the 20th century.

Abstract: Melville Heights is one of the nicest neighbourhoods in Bristol, England; home to doctors and lawyers and old-money academics. It’s not the sort of place where people are brutally murdered in their own kitchens. But it is the sort of place where everyone has a secret. And everyone is watching you. As the headmaster credited with turning around the local school, Tom Fitzwilliam is beloved by one and all—including Joey Mullen, his new neighbor, who quickly develops an intense infatuation with this thoroughly charming yet unavailable man. Joey thinks her crush is a secret, but Tom’s teenaged son Freddie—a prodigy with aspirations of becoming a spy for MI5—excels in observing people and has witnessed Joey behaving strangely around his father. One of Tom’s students, Jenna Tripp, also lives on the same street, and she’s not convinced her teacher is as squeaky clean as he seems. For one thing, he has taken a particular liking to her best friend and fellow classmate, and Jenna’s mother—whose mental health has admittedly been deteriorating in recent years—is convinced that Mr. Fitzwilliam is stalking her. Meanwhile, twenty years earlier, a schoolgirl writes in her diary, charting her doomed obsession with a handsome young English teacher named Mr. Fitzwilliam Abstract: Who is unreliable? Just moved in to a new apartment, alone for the first time in years, Victor Forde goes every evening to Donnelly's pub for a pint, a slow one. One evening his drink is interrupted. A man in shorts and pink shirt brings over his pint and sits down. He seems to know Victor's name and to remember him from school. Says his name is Fitzpatrick. Victor dislikes him on sight, dislikes too the memories that Fitzpatrick stirs up of five years being taught by the Christian Brothers. He prompts other memories too--of Rachel, his beautiful wife who became a celebrity, and of Victor's own small claim to fame, as the man who says the unsayable on the radio. But it's the memories of high school, and of one particular Brother, that he cannot control and which eventually threaten to destroy his sanity. Music by the numbers : from Pythagoras to Schoenberg / Eli Maor

Music by the numbers - Copie

Abstract: How music has influenced mathematics, physics, and astronomy from ancient Greece to the twentieth century. Antarctica : a guide to the wildlife / Tony Soper ; illustrations by Dafila Scott

Abstract: Updated throughout, the 7th edition of Bradt's Antarctica: a Guide to Wildlife is the most practical guide to the flora and fauna available for those 'going south'. Celebrating the amazing and often unique species of this spectacular environment, the title features chapters on the region's famous whales and penguins, and also on lesser known species such as skuas and sheathbills, with full coverage of plumage and identification. Each chapter is accompanied by vibrant illustrations from Dafila Scott to help bring species to life. Tony Soper's immaculate and engaging text remains the indispensible choice for the intrepid wildlife enthusiast. Antarctica's wildlife is under threat. The Southern Ocean is warming and the most obvious effect is on the continental ice shelves. Spectacular retreats and monster carvings from the west coast of the peninsula have been seen in recent decades. Less ice means fewer krill, which depend on the ice-edge for the algae which nourish them. In turn, this will impact on seal and whale numbers. In the case of penguins, while kings and macaronis, for instance, are doing well, the magnificently adapted and truly Antarctic species, Adélies and emperors, are in decline. In the case of emperors, maybe by as much as 50%. Bradt's Antarctica not only helps you to identify and understand species and habitats, it also explains the issues faced by this extraordinary continent, regarded by many as one of the most precious places on the planet Abstract: Handstitched Landscapes and Flowers is a beautiful exploration of the potential of embroidery in depicting the natural world. Katrina Witten, who is a regular on crafts channel Hochanda, uses just six simple stitches, delicate embellishments and an array of techniques and fabrics to portray pastoral scenes of fields, flowers and creatures with eye-catching three-dimensional effects.