The racketeer : a novel / John Grisham A time to kill / John Grisham

A time to kill - Copie

Abstract: This is the multi-million copy bestselling thriller that introduced Jake Brigance to Clanton...and has now inspired a sequel, Sycamore Row. When Carl Lee Hailey guns down the hoodlums who have raped his ten-year-old daughter, the people of Clanton see it as a crime of blood and call for his acquittal. But when extremists outside Clanton hear that a black man has killed two white men, they invade the town, determined to destroy anything and anyone that opposes their sense of justice. Jake Brigance has been hired to defend Hailey. It&#039;s the kind of case that can make or break a young lawyer. But in the maelstrom of Clanton, it is also the kind of case that could get a young lawyer killed. The client : a novel / John Grisham Abstract: Rick Dockery was the third-string quarterback for the Cleveland Browns. In the AFC Championship game, to the surprise and dismay of virtually everyone, Rick actually got into the game. With a 17-point lead and just minutes to go, Rick provided what was arguably the worst single performance in the history of the NFL. Overnight, he became a national laughingstock--and was immediately cut by the Browns and shunned by all other teams. But all Rick knows is football, and he insists that his agent find a team that needs him. Against enormous odds, Rick finally gets a job--as the "starting "quarterback for the Mighty Panthers . . . of Parma, Italy. The Parma Panthers desperately want a former NFL player--any former NFL player--at their helm. And now they've got Rick, who knows nothing about Parma (not even where it is) and doesn't speak a word of Italian. To say that Italy--the land of fine wines, extremely small cars, and "football americano"--holds a few surprises for Rick Dockery would be something of an understatement. . . . Abstract: The latest legal thriller from international number one bestselling author John Grisham. In a crowded courtroom in Mississippi, a jury returns a shocking verdict against a chemical company accused of dumping toxic waste into a small town's water supply, causing the worst cancer cluster in history. The company appeals to the Mississippi Supreme Court, whose nine justices will one day either approve the verdict or reverse it. Who are the nine? How will they vote? Can one be replaced before the case is ultimately decided? THE APPEAL is a powerful, timely, and shocking story of political and legal intrigue. 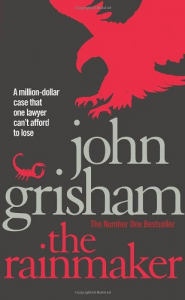