The giver of stars / Jojo Moyes

The giver of stars - Copie If it bleeds - Copie Abstract: In this brilliant sequel to The Handmaid's Tale, acclaimed author Margaret Atwood answers the questions that have tantalized readers for decades. When the van door slammed on Offred's future at the end of The Handmaid's Tale, readers had no way of telling what lay ahead for her--freedom, prison or death. With The Testaments, the wait is over. Margaret Atwood's sequel picks up the story more than fifteen years after Offred stepped into the unknown, with the explosive testaments of three female narrators from Gilead 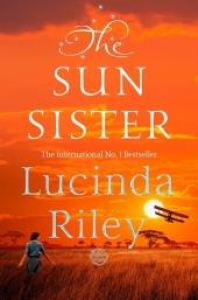 Abstract: "To the outside world, Electra d'Apliese seems as though she is the woman who has everything: as one of the world's top models, she is beautiful, rich and famous. But beneath the veneer, and fuelled by the pressure of the life she leads, Electra's already tenuous control over her mental state has been rocked by the death of her father, Pa Salt, the elusive billionaire who adopted his six daughters as babies from around the globe. Struggling to cope, she turns to alcohol and drugs to ease the pain, and as those around her fear for her health, Electra receives a letter from a complete stranger who claims to be her grandmother... In 1943, Celia Arundel arrives in Nairobi, Kenya, to join her new husband on his family coffee plantation. After a sheltered upbringing in England, she is astounded and horrified by the antics of her fellow ex-pats in the infamous Happy Valley set. Then Bertie, her husband, brings home the daughter of the Chieftain of the local Maasai tribe to live under his protection due to kidnap threats from a neighbouring tribe, and a strange bond begins to form between them ."--Provided by publisher. It : a novel / Stephen King

Abstract: To the children, the town was their whole world. To the adults, knowing better, Derry, Maine, was just their home town: familiar, well-ordered, a good place to live. It was the children who saw-- and felt-- what made Derry so horribly different. In the stormdrains, in the sewers, It lurked, taking on the shape of every nightmare, each person's deepest dread. Sometimes It reached up, seizing, tearing killing ... The adults, knowing better, knew nothing. Time passed and the children grew up, moved away. The horror of It was deep-buried, wrapped in forgetfulness. Until the grown-up children were called back, once more to confront It as It stirred and coiled in the sullen depths of their memories, reaching up again to make their past nightmares a terrible present reality. The picture of Dorian Gray by Oscar Wilde
0 0 0

The picture of Dorian Gray / by Oscar Wilde

The picture of Dorian Gray - Copie

Abstract: The Picture of Dorian Gray, a moral fantasy novel by Irish writer Oscar Wilde, published in an early form in Lippincott’s Monthly Magazine in 1890. The novel, the only one written by Wilde, had six additional chapters when it was released as a book in 1891. The work, an archetypal tale of a young man who purchases eternal youth at the expense of his soul, was a romantic exposition of Wilde’s own Aestheticism 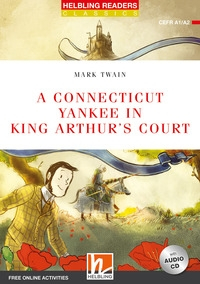 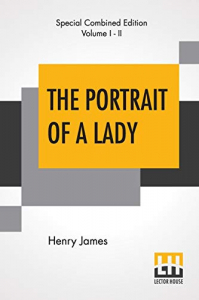 The portrait of a lady (complete) Henry James
0 0 0

The portrait of a lady (complete) / Henry James

The portrait of a lady (complete) - Copie On the road / Jack Kerouac

On the road - Copie Abstract: A terrible construction site accident takes Edgar Freemantle's right arm and scrambles his memory and his mind, leaving him with little but rage as he begins the ordeal of rehabilitation. A marriage that produced two lovely daughters suddenly ends, and Edgar begins to wish he hadn't survived the injuries that could have killed him. He wants out. His psychologist, Dr. Kamen, suggests a "geographic cure," a new life distant from the Twin Cities and the building business Edgar grew from scratch. And Kamen suggests something else. "Edgar, does anything make you happy?" "I used to sketch." "Take it up again. You need hedges ... hedges against the night." Edgar leaves Minnesota for a rented house on Duma Key, a stunningly beautiful, eerily undeveloped splinter of the Florida coast. The sun setting into the Gulf of Mexico and the tidal rattling of shells on the beach call out to him, and Edgar draws. A visit from Ilse, the daughter he dotes on, starts his movement out of solitude. He meets a kindred spirit in Wireman, a man reluctant to reveal his own wounds, and then Elizabeth Eastlake, a sick old woman whose roots are tangled deep in Duma Key. Now Edgar paints, sometimes feverishly, his exploding talent both a wonder and a weapon. Many of his paintings have a power that cannot be controlled. When Elizabeth's past unfolds and the ghosts of her childhood begin to appear, the damage of which they are capable is truly devastating. The tenacity of love, the perils of creativity, the mysteries of memory and the nature of the supernatural. 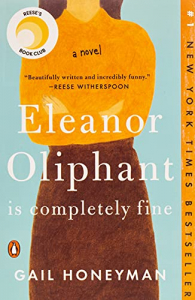 Somewhere beyond the sea Miranda Dickinson
0 0 0

Somewhere beyond the sea / Miranda Dickinson

Somewhere beyond the sea - Copie

Abstract: Can you fall in love with someone before you've even met? Seren MacArthur is living a life she never intended. Trying to save the Cornish seaside business her late father built - while grieving for his loss - she has put her own dreams on hold and is struggling. Until she discovers a half-finished seaglass star on her favourite beach during an early morning walk. When she completes the star, she sets into motion a chain of events that will steal her heart and challenge everything she believes.Jack Dixon is trying to secure a better life for daughter Nessie and himself. Left a widower and homeless when his wife died, he's just about keeping their heads above water. Finding seaglass stars completed on Gwithian beach is a bright spark that slowly rekindles his hope.Seren and Jack are searching for their missing pieces. But when they meet in real life, it's on the opposing sides of a battle. Jack is managing the redevelopment of a local landmark, and Seren is leading the community campaign to save it.Both have reason to fight - Seren for the cause her father believed in, Jack for his livelihood. But only one can win. With so much at stake, will they ever find what they are really looking for?Miranda Dickinson's Somewhere Beyond the Sea is a sparkling tale of love, life and finding magic where you least expect it.