American sniper : the autobiography of the most lethal sniper in U.S. history / Chris Kyle

Abstract: Evil in the CrosshairsLate March 2003. In the area of Nasiriya, IraqLOOKED THROUGH THE SCOPE OF THE SNIPER RIFLE, scanning down the road of the tiny Iraqi town. Fifty yards away, a woman opened the door of a small house and stepped outside with her child.The rest of the street was deserted. The local Iraqis had gone inside, most of them scared. A few curious souls peeked out from behind curtains, waiting. They could hear the rumble of the approaching American unit. The Marines were flooding up the road, marching north to liberate the country from Saddam Hussein.It was my job to protect them. My platoon had taken over the building earlier in the day, sneaking into position to provide “overwatch”—prevent the... Philomena : a mother, her son and a fifty-year search / Martin Sixsmith

Abstract: When she fell pregnant as a teenager in Ireland in 1952, Philomena Lee was sent to the convent at Roscrea in Co. Tipperary to be looked after as a fallen woman. She cared for her baby for three years until the Church took him from her and sold him, like countless others, to America for adoption. Coerced into signing a document promising never to attempt to see her child again, she nonetheless spent the next fifty years secretly searching for him, unaware that he was searching for her from across the Atlantic. Philomena&#039;s son, renamed Michael Hess, grew up to be a top Washington lawyer and a leading Republican official in the Reagan and Bush administrations. But he was a gay man in a homophobic party where he had to conceal not only his sexuality but, eventually, the fact that he had AIDs. With little time left, he returned to Ireland and the convent where he was born: his desperate quest to find his mother before he died left a legacy that was to unfold with unexpected consequences for all involved. Philomena is the tale of a mother and a son whose lives were scarred by the forces of hypocrisy on both sides of the Atlantic and of the secrets they were forced to keep.With a foreword by Judi Dench, Martin Sixsmith&#039;s book is a compelling and deeply moving narrative of human love and loss, both heartbreaking yet ultimately redemptive. When i fell from the sky : the true story of one woman's miraculous survival / by Juliane Koepcke ; in collaboration with Beate Rygiert ; translated by Ross Benjamin

When i fell from the sky - Copie Yes sister, no sister : my life as a trainee nurse in 1950s Yorkshire / Jennifer Craig Left for dead : the untold story of the tragic 1979 Fastnet Race / Nick Ward with Cinéad O'Brien Marley & me : life and love with the world's worst dog / John Grogan

Abstract: John and Jenny were just beginning their life together. They were young and in love, with a perfect little house and not a care in the world. Then they bought home Marley, a wiggly yellow fur ball of a puppy. Life would never be the same. Marley quickly grew into a barrelling, ninety-seven pound steamroller of a Labrador retriever, a dog like no other. He crashed through screen doors, gouged through drywall, flung drool on guests, stole womens undergarments, and ate nearly everything he could get his mouth around, including couches and fine jewellery. Obedience school did no good Marley was expelled. And yet Marleys heart was pure. Just as he joyfully refused any limits on his behaviour, his love and loyalty were boundless, too. Marley shared the couples joy at their first pregnancy, and their heartbreak over the miscarriage. He was there when babies finally arrived and when the screams of a seventeen-year-old stabbing victim pierced the night. The heartwarming and unforgettable story of a family in the making and the wondrously neurotic dog who taught them what really matters in life. 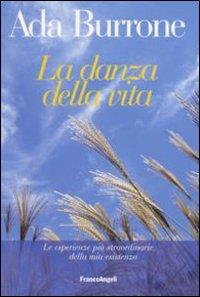 The angel of Bang Kwang prison / by Susan Aldous DC confidential : the controversial memoirs of Britain’s ambassador to the U.S. at the time of 9-11 and the run-up to the Iraq War / Christopher Meyer My mother's eyes : holocaust memories of a young girl / by Anna Ornstein ; illustrations by Stewart Goldman

Abstract: Anna Ornstein is a Holocaust survivor. After emigrating to the U.S., she seldom spoke of the experiences she suffered while a young girl. Twenty-five years ago, at the family Seder gathering, her family asked for a story from her past. In an evocative, understated passage, she shared a bit of the tragedy she saw through the eyes of a child. Every year she has added to this tradition by sharing another chapter of the tragedies she witnessed and the small moments of grace in her survival. Through her family's support, Orenstein gained enough strength to share her experiences in "My Mother's Eyes, in hopes of keeping the nightmare from ever happening again Touching the void / Joe Simpson ; with a foreword by Chris Bonington