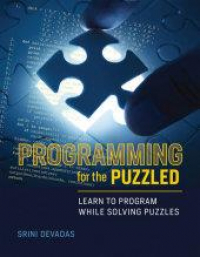 Programming for the puzzled Srini Devadas
0 0 0

Programming for the puzzled : learn to program while solving puzzles / Srini Devadas

Programming for the puzzled - Copie

Abstract: Learning programming with one of "the coolest applications around": algorithmic puzzles ranging from scheduling selfie time to verifying the six degrees of separation hypothesis. 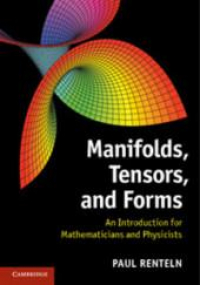 Manifolds, tensors, and forms : an introduction for mathematicians and physicists / Paul Renteln

Abstract: Providing a succinct yet comprehensive treatment of the essentials of modern differential geometry and topology, this book's clear prose and informal style make it accessible to advanced undergraduate and graduate students in mathematics and the physical sciences. It features over 250 detailed exercises and discusses a variety of applications. The secret life of bees - Copie

Fighting the lamb's war : skirmishes with the American Empire ; the autobiography of Philip Berrigan / with Fred A. Wilcox

Abstract: At the time of his sudden death in June 1993, James Hunt had everything to live for. The former Grand Prix hell-raiser and 1976 World Champion had been through some dark times since retiring from the track. But having survived a string of broken relationships, failed businesses and financial problems, he was now, aged 45, a happy man, with a delightful young fiancee, a job as a respected BBC commentator, and children from a previous marriage whom he adored. Then came a heart attack. This book charts the racing history of this dogged, pragmatic driver whose Formula I career peaked at the stormy 1976 Japanese Grand Prix. Featuring new anecdotes and interviews it tells how the public schoolboy, feted by the media as the last of the inspired amateurs, drove for Lord Alexander Hesketh's privateer Formula I team. Reveals the man behind the golden hero image, who was rather shy, got almost sick with anxiety before races - and bred budgies as a hobby. Follows Hunt through the wilderness era to early middle age when he changed direction, stopped smoking and drinking, got himself fit, and rode about on a bicycle, a suit in the saddle bag for official occasions.